Which is the Best Food Dehydrator in 2022? 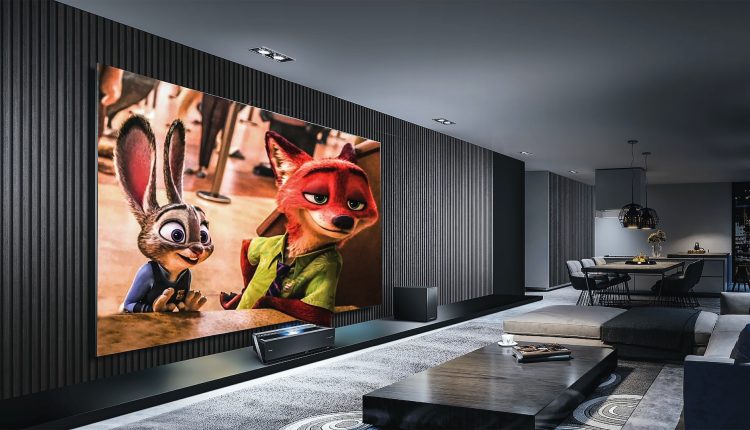 3D animation is the process of placing characters and objects in 3D space and manipulating them to make them appear to move. Objects are created on the basis of 3D models brought into the digital environment using 3D modeling tools. Alternatively, real-world objects can be scanned into a computer and used as blueprints for animating 3D objects.

A 3D animator’s goal is to make the objects and characters in a particular scene move as realistically as possible. Even if you can create a perfect character, if the movement is clumsy or robotic, all your efforts will be wasted. Therefore, animators spend a considerable amount of time studying the basic principles of movement in order to make their animations realistic.3D animation process 3D animation is widely used not only in the entertainment industry, but also in the fields of education, medicine, architecture, and advertising. Among the various animation styles, 3D is in overwhelming demand, especially among the younger generation.

Fields where 3D animation is used

The reason people love 3D animation is simple. 3D animation is very exciting, engaging, and a great communication tool. It’s no surprise that many businesses turn to 3D animation to build brand storytelling and relatable images, and attract more customers. From our favorite Disney movies to our favorite video games, 3D animation is a part of our lives. Graphics continue to get brighter, sharper, and cooler as technology advances. When the famous animated movie “The Polar Express” was released in 2004, some people may have felt the animation’s realism was creepy.

But the days when ultra-realistic animation wows people are long gone. Today, we are so used to high-quality 3D animation that we tend to take it for granted and forget that creating 3D animation is a lengthy and elaborate process.

How is 3D animation accomplished? Pre-production is not much different than 2D animation. So it starts with developing storylines and storyboards, sketching 3D characters, setting background layouts, and laying the foundation for the production process. Full animation creation is very complex and nuanced, but I’ll show you the main phases.

Before we can create a normal scene where the characters will actually move, we need to create the 3D objects first. As mentioned, the objects are based on 3D computer models. The basic model is a 3D mesh consisting of points, lines, and curves arranged to map the object. A computer sees a model as a purely geometric shape. Object maps come to life with the addition of colors and textures. However, in order for a character to be able to move, it needs a skeleton that can be controlled like humans or animals. Rigging is the process of creating that skeleton. Once the skeleton is formed, a 3D model (also called a skin) is attached to it and the character is ready to be animated.

Once the 3D characters are ready, place them in each scene and animate their movements with 3D animation software. As you can see in the video below, the first stage of animation creation is very rough. Movements and transitions are sharp and unnatural.

The reason we create such a first draft is that the animators initially create only the starting and ending poses of the motions. These poses are known as keyframes. Lighting, camera work (choosing the angle and depth of the shot ) , effects, and other details are added later, ultimately resulting in an animation that looks smooth on screen.

The final process in animation production is rendering. This will be done when exporting the completed animation. This step requires meticulous attention to detail to ensure that the final render is perfectly polished.

This is where the main production process ends, followed by post-production where special effects, music, narration, and sound effects are added and synchronized with the overall animation.

Technology is always growing. With constant updates, new software, and improved features, it’s sometimes hard to keep up. But if you’re determined to stay on top of things and get up to speed in your field, you need to grow with technology.

Once you’ve got your hands on some 3D animation software, try making a few tweaks to make it unique. Familiarize yourself with the program, learn the shortcuts, and tune the tools to best support your workflow.

The more time you spend as a 3D animator, the more you’ll find yourself becoming an observer. Your aim is to make your 3D characters more realistic. And the best way to mimic real life is to know how it works.

Observe and study the physics of everyday life. However, this does not mean that you have to have a diploma in physics. Just do some research and understand the effects of gravity and you’re good to go. Basic knowledge of gravity can help you give objects the right amount of weight to make their movement more convincing. It’s nice to have some real-life references before you start working on your animation. Want to animate jumps? Get up from your desk and take action yourself. How do you build momentum before jumping? How do you land? Where do you keep your arms? Make a 3D character mimic your movements. Recognize the subtleties of human emotions

Recognize the Subtleties of Human Emotions

If your animation involves 3D characters and complex interactions, you should spend a significant amount of time on facial animation. Knowing how to express complex emotions is the key to good animation.

Unless anime characters express human emotions, it’s hard to empathize with them. To master facial animation, learn how to manipulate facial expressions and what emotions each one evokes. Your powers of observation come into play here too. Observe how people communicate, react to their environment, and convey their emotions

You can also study your facial expressions by looking in the mirror. Whatever approach you choose, remember that facial animation gives your character personality and makes them more relatable.

It’s easy to get lost in the animation process, focus on the details, and lose sight of the big picture. By cleverly prioritizing the basics first and the details later, you can save a lot of time and frustration.

Critical poses are essential to moving the storyline forward, so let’s focus on them first. You can always enter it later, but first, make sure you have a keyframe. Not only does this allow you to keep track of timing, but it also allows you to focus on your character’s main objective without getting distracted by trivial details.

The following tips aren’t about the animation process per se, but they are definitely useful for 3D animators. Whether you’re applying for a job, a project, or a competition. The way you present yourself speaks volumes about your professionalism. Animator demo reels are the perfect medium to showcase yourself and your work. In short, a demo reel is a compilation of clips that showcase your skills to a client or employer. The demo reel doesn’t have to be very long, but it should be sophisticated. In addition to sending it to potential employers, you can also share it on social media to increase awareness of your personal brand.

3D animation is used in many aspects of our lives, more than we can imagine. Filmmaking, game development, social media, medicine, engineering, architecture, and the list goes on and on. As 3D animation software steadily advances, the gap between 3D animation and real life seems to be closing.

This article focused on the main process of 3D production, 3D animation tips, the best animation tools to use, and online alternatives to get animated videos in minutes.