4 Tips To Keep in Mind during Meat Shopping

CAN WE GET LASIK FOR FARSIGHTEDNESS?

december global holidays: How many in this December? 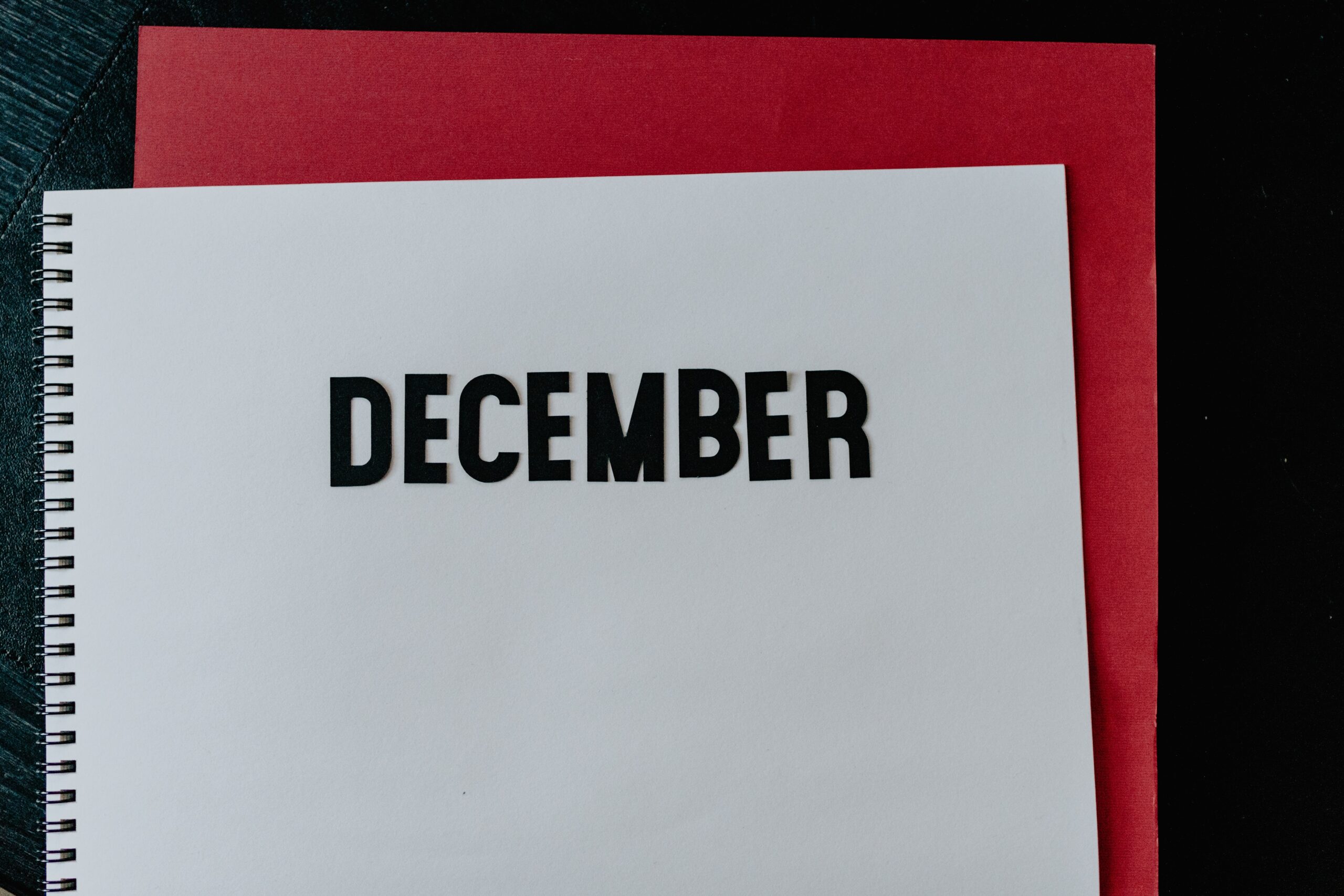 You may find this very interesting that festive days are celebrated all over the world in the month of December. below mention a list of December Global Holidays.

So these are some of the popular global festivals in the month of December. People all around the world celebrate these festivals with great joy and happiness. So if you are also looking for some global festivals to celebrate in December, then go ahead and check out the list mentioned above.

The month of December is a festive time all around the world. Many different cultures and religions celebrate holidays in December, including Christmas, Hanukkah, Kwanzaa, and Winter Solstice. The shortest day of the year in the Northern Hemisphere falls on December 21st, the first day of winter. This time of year is often a time for people to reflect on the past year and set their intentions for the coming one. It is also a popular time for gift-giving and spending time with family and friends. Whether you’re celebrating Christmas, Hanukkah, Kwanzaa, or something else entirely, there are many ways to enjoy these festive occasions. Read on for the top 10 festivals and events happening in December 2023.

Christmas is one of the most widely celebrated holidays in the world. It commemorates the birth of Jesus Christ and is typically observed by exchanging gifts, decorating homes and Christmas trees, attending church services, and enjoying special discounts on stores and meals with family and friends.

Hanukkah is a Jewish holiday that lasts for eight days and nights. It commemorates the rededication of the Holy Temple in Jerusalem after the Maccabean Revolt against Syrian Greece in 165 BCE. During Hanukkah, Jews light candles each night to remember the miracles that occurred during this time. They also eat foods fried in oil, such as potato latkes and jelly donuts.

Kwanzaa is a holiday celebrated by people of African descent around the world. It was created in 1966 by Maulana Karenga, an American professor, and activist. Kwanzaa is based on seven principles called Nguzo Saba, which stand for unity, self-determination, collective work and responsibility, cooperative economics, purpose, creativity, and faith. During Kwanzaa, people celebrate their African heritage and values through food, music, dance, and conversation. Kwanzaa is a week-long holiday celebrated by African Americans that commemorates African heritage and culture.

The Winter Solstice is the shortest day of the year and marks the beginning of winter in the Northern Hemisphere. Traditionally, it has been a time for people to celebrate the return of the sun and the lengthening of days. Many cultures have traditions and celebrations associated with the Winter Solstice, such as bonfires, feasts, gift-giving, and decorating homes with evergreen plants.

It is a special day that falls on December 31 every year. New Year’s Eve is an annual celebration marking the end of one year and the beginning of another. Many people around the world ring in the new year with fireworks displays, parties, and special meals. Around the world, different cultures have their own traditions for celebrating the new year.

The Nutcracker is a ballet composed by Pyotr Ilyich Tchaikovsky that tells the story of a young girl named Clara who dreams of a battle between toy soldiers and mice. The ballet is performed by professional dancers and usually runs for two hours with an intermission.

Christmas concerts are a popular way to celebrate the holiday season. They typically feature performances by choirs, orchestras, and other musical groups and can range in length from 30 minutes to several hours.

Las Posadas is a celebration of the Christmas season that takes place in Mexico and other Latin American countries. The holiday is commemorated by reenacting the journey of Mary and Joseph to Bethlehem, often with a procession through the town or city. Las Posadas culminates with a feast on Christmas Eve.

Boxing Day is a public holiday that falls on December 26th each year. It originated in the United Kingdom and is now celebrated in many Commonwealth countries, including Canada and Australia. It traditionally falls on December 26th and is observed as a day of rest, when people give gifts to those who are less fortunate.

New Year’s Eve parties are held in many cities around the world at the beginning of the new year. They often feature music, dancing, and champagne, and some parties last well into the early hours of the morning.

December global holidays are near me

The holidays are a time for family, friends, and loved ones. But they’re also a time to celebrate the diversity of cultures around the world. From Christmas and Hanukkah to Kwanzaa and Winter Solstice, December is full of festive occasions.

No matter what your holiday traditions are, there’s sure to be a December global holiday that you can enjoy. You can even Viste your favorite places near you.

Which of these December global holidays are you most excited to celebrate? Whether you’re spending time with family and friends or enjoying some cultural festivities, make sure to make the most of these special occasions.

Top 10 places You can visit in December Holidays

December global holidays. Whether you’re celebrating Christmas, Hanukkah, Kwanzaa, or something else entirely, there are plenty of festive things to do. If you’re looking for some ideas, here are 10 of the best places to visit in December for some holiday fun.

The Rockefeller Center Christmas Tree is a must-see sight in New York City during the month of December. There are also plenty of other holiday events and attractions in this city that never sleeps.

One of the most popular destinations for New Year’s Eve in Rio de Janeiro. Parties and fireworks abound as Brazilians ring in the new year.

Buckingham Palace is lit up with Christmas decorations and there are plenty of other seasonal events to enjoy in London. Be sure to check out the Christmas markets for some unique gift ideas.

The Christmas markets in Vienna are some of the most famous in the world. You can find traditional Austrian crafts and foods, as well as festive music and entertainment.

If you’re looking for a winter wonderland to visit in December, look no further than Quebec City. This Canadian are out of their houses for holiday cheer with lights, decorations, Christmas trees, and trends galore.

The Amsterdam Light Festival is a beautiful event that takes place every December. You can wander through the city and admire the illuminated art displays.

One of the most popular Christmas traditions in Barcelona is the Nativity Scene Festival. This event features elaborate nativity scenes from all over the city.

If you’re looking for a festive Christmas market to visit, Garmisch-Partenkirchen is a great choice. This German town is home to one of the most famous Christmas markets in the world.

Santa Claus lives in Rovaniemi, Finland, and in this town, people are very very enjoyable they celebrate Christmas very warmly. There are festive events and attractions all month long, including a reindeer parade.

Edinburgh is a beautiful city to visit at any time of year, but it’s especially charming during the Christmas season. You can find Christmas markets, lights, and decorations all over the city.

The holidays are a time for family, friends, and loved ones. But they’re also a time to celebrate the diversity of cultures around the world. From Christmas and Hanukkah to Kwanzaa and Winter Solstice, December is full of festive occasions. No matter what your holiday traditions are, there’s sure to be a December global holiday that you can enjoy. You can even Viste your favorite places near you.

Which of these December global holidays are you most excited to celebrate? Whether you’re spending time with family and friends or enjoying some cultural festivities, make sure to make the most of these special occasions. Wishing you a happy and joyous holiday season!

What is ifvod tv? How it works?

The Indica-Dominant King Louie Strain Has a Lot to Offer

How Middlesex University is Perfect for Study?