How to Get Car Loans in Toronto with Bad Credit

Nisekoi Season 3: Everything That You Need to Know About 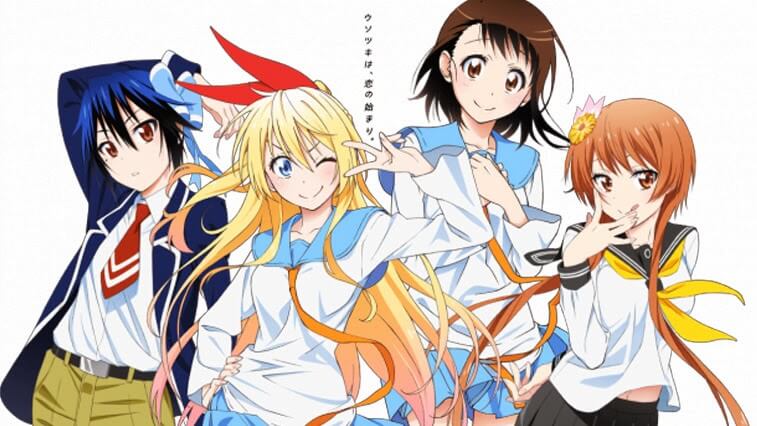 Before getting any further. I want to warn you that this article includes some spoilers. So don’t go any further if you haven’t watched it and are planning to watch it soon.

Nisekoi is a Japanese word meaning “Fake Love”. Basically, the whole story is about the fake relationship between two characters, Raku and Chitoge. Now, who is Raku? Who is Chitoge?

This series is based on the shōnen manga series which is a book launched in 2011. And it was loved by many readers around the world. After its success, it was picked up for anime series. And in 2014, the first season was released and loved by all anime lovers around the world. Soon after its success, season 2 was created and released in 2015 because of public demand. But after that, there is no sign of a new season from the creators of Nisekoi, even though anime lovers want it.

Our first character, Raku Ichijou, is the son of a gangster of a group known as Shuei-Gumi. He is a simple and honest boy. Raku has a locket which he wears around his neck given by his childhood friend with whom he has made a pact and wears it to remember that pact.

Raku is searching for the love of his life, with whom he wishes to spend the rest of his life. Then we have Kosaki Onodera, Raku’s middle and high school crush. The girl of his dream, and she is the one who gave him that locket. Kosaki Comes from a much humbler family than Raku.

Then we have our second character, Chitogi Kirisaki, whose father is the boss of the rival gang, Beehives.

To end this rivalry, both gangs have decided to engage raku and Chitogi. And now both Raku and Chitogi have to pretend that they are in love with each other to maintain the peace between the two gangs which is a very difficult task for both of them because they don’t love each other at all.

A more complex situation happened when they find that there are multiple keys for that locket. Becoming difficult for Raku to find his true love. In his quest of finding true love, he finds a book that explains the existence of keys and helping him recall the incident that had happened almost 10 years ago.

In these two seasons, we saw the introduction of quite a few girls and Raku also fell in love with them. But the big question arises, who will he choose to be his life partner? Who is the promised girl that he will spend the rest of his life with? Will it be Marika, Onodera, “Gorilla” Tsugumi, Haru, or Chitoge?

The season had 12 episodes, unlike season 1’s 20 episodes. We got introduced to Haru, the little sister of Kasoki, she had the pendant, and she is also interested in Raku. Her backstory is not discussed.

Later in the season, Raku gets the pendant from her when he has to look after her when she gets the flu. In the final episode, Chitoge finally fell in love with Raku and is trying to confess her feelings for him. And the end of this season is really confusing, as we don’t know who will end up being the promised girl who will become the love of Raku’s life.

Nisekoi: False love is a live-action film that is enjoyable. Raku is a pacifist, which frustrated his fathers.  He doesn’t want to get involved in any trouble or the family business (gang).

Raku mostly dreams of the day when he will meet the love of his life, the childhood friend with who he had made a pact, and he had a locket and the girl of his dream has its key to unlock it.

The movie was released in 2018 and the director of this movie was Hayato Kawai. It was mainly based on the same story as the anime series and the manga book. By the release of this film, the fans of this series got good news, season 3 of Nisekoi Anime might be their next project.

The Nisekoi: False Love didn’t get much popular as the anime series, but it did give fans the good news that the next project might be season 3 of the Nisekoi. But the studio that developed the Nisekoi season 2 in 2015, released many other series since 2015, and more anime series are lined up for development and released, but there is no news of Nisekoi Season 3. Have developers decided to neglect the Nisekoi season 3?

But fans around the world are hoping that they will release one or more seasons of the Nisekoi series because it was a huge success when season 2 was released back in 2015. The fans are hoping that the new season will come out in 2022 or 2023.

Fans of Niskoi predict that they might see Raku generating feelings for Chitoge, and becoming his girl of dreams that he will spend the rest of his life with, as the chemistry between them is very interesting and a love story between them is something the fans want to see.

The Nisekoi Series is very famous and almost loved by all its fans around the world. It has two seasons as of now. Season 1 was released back in 2014, and it was a hit for the Shaft Studio, and they decided to release season 2 of the Nisekoi Series soon after the ending of season 1 in 2015. Fans were very excited due to the release of their favorite season to release without any gap. But after the release of season 2. There was no sign of season 3 even though the demand for season 3 of Nisekoi was very high as compared to season 1 and season 2. Fans eagerly waited for season 3 to come, but it seems like Shaft Studio has other plans, they keep on releasing other series, but there was no sign of Nisekoi season 3.

In 2018, A Life-Action Film named Nisekoi: False love was released which was not a major success as the Nisekoi series, but fans did get news that Season 3 of Nisekoi might be their next project. Fans are still waiting and hoping that Shaft Studio may decide to develop and release season 3 in 2022 or 2023.

Tricks to hone up your skills in the COD Cold war!

What is IFVOD? Know everything

What is a passing grade in high school?